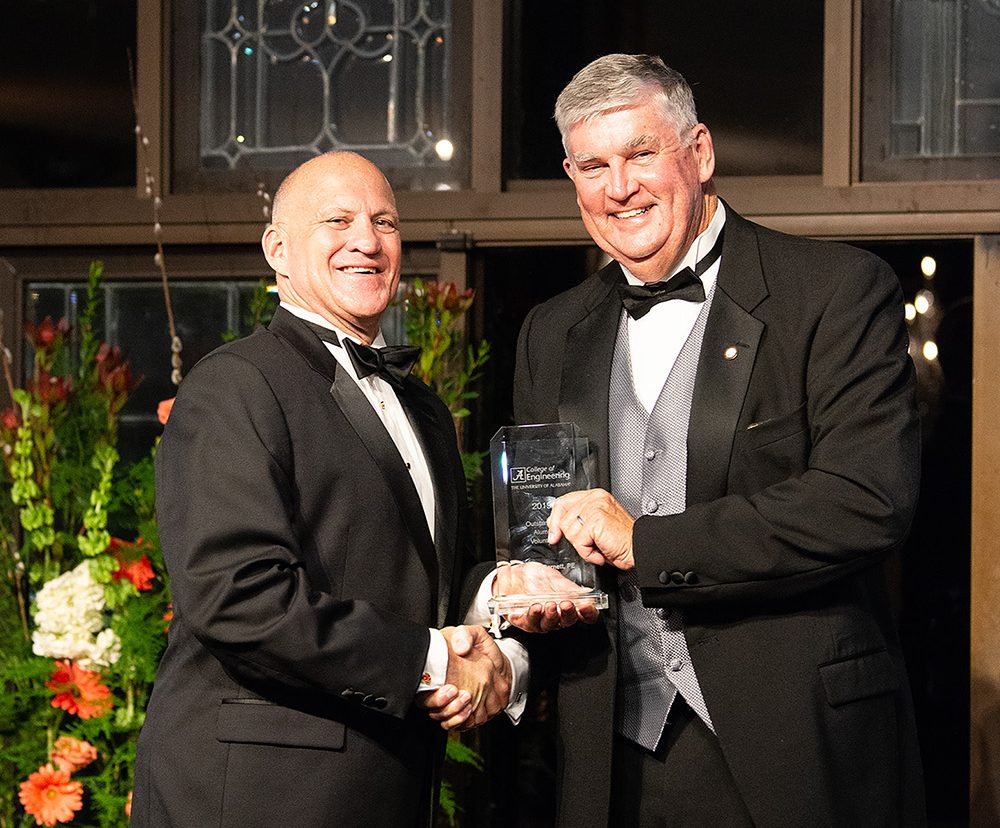 Bob Barnett was recently honored with the 2019 Outstanding Alumni Volunteer award during a ceremony at the NorthRiver Yacht Club in Tuscaloosa.

He has demonstrated loyalty to the College by previously serving on the Capstone Engineering Society Board of Directors and on the advisory board for the civil, construction and environmental engineering department.

Barnett, a Sycamore native, earned his bachelor’s and master’s degree in civil engineering from UA in 1968 and 1971, respectively. In 1986, he founded the firm that is now Barnett Jones Wilson, LLC, a progressive-thinking structural engineering design firm that believes in combining experience with new techniques to produce creative design solutions.

In 1995, the UA College of Engineering began a yearly tradition recognizing an alumnus who provided excellent volunteer assistance as the Outstanding Alumni Volunteer.

Barnett has given back to his alma mater by spending time as an adjunct professor of civil engineering at UA from 2010-2018. In 2012, he was named a Distinguished Engineering Fellow in The University of Alabama College of Engineering. Recognition as a Distinguished Fellow is the highest commendation given to graduates whose efforts have strengthened the reputation of the College. The UA civil engineering department has also named him a Departmental Fellow and a Keith-Woodman Fellow.

Barnett has two children, Paul and Michael. He lives in Pell City with his wife, Jean Hall Barnett.