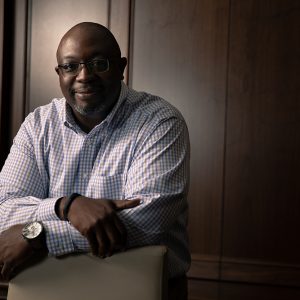 Joe Hampton’s determination to succeed brought him to The University of Alabama where he learned technical engineering skills and gathered the tools he needed to become an empowered leader.

Hampton, a 1998 electrical engineering alumnus, was named president of Spire’s Alabama and Mississippi natural gas utilities at the end of last year.

His 20-year career with Alagasco, now Spire, kept him in Alabama until five years ago when he transferred to Kansas City, Missouri, where he served as vice president of operations for Spire’s western Missouri utility.

After graduating from UA, Hampton worked as a systems support engineer at Alagasco. Later he moved into operations leadership. He progressively moved up the ladder with the company while also moving around the state, living and working in cities like Montgomery, Phenix City, Anniston, Selma, Auburn and Birmingham.

A Birmingham native, Hampton chose to attend UA because of its proximity to his hometown. Growing up, Hampton had two mentors who were Alabama alumni and also greatly impacted his decision.

“They went to law school here, and all they did was talk about how great The University of Alabama was,” Hampton said.

Even though he was zoned for another school, Hampton attended A.H. Parker High School because it had a program for students interested in science, math and technology. While planning for the future near the end of his high school career, a visiting speaker convinced him engineering would be the best fit for him. 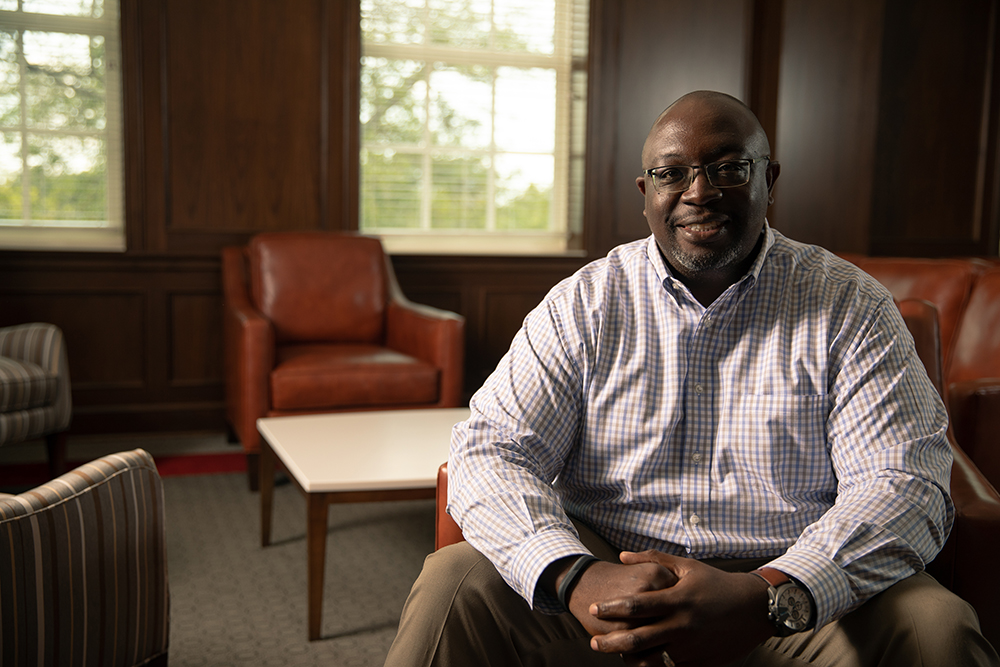 After graduating from Parker, Hampton attended Stillman College where he participated in a dual-degree program. The program allowed him to get a degree in physics from Stillman, and then he could transfer credits to UA to earn his electrical engineering degree.

Once he got to UA, he experienced culture shock because the class size was so much larger than what he was used to at Stillman, where some of his physics classes only had four students.

He still remembers walking into an auditorium of 150 students in one of his first courses at UA. Hampton was concerned he wouldn’t be known by his professors and that he wouldn’t be able to connect with his peers.

“As you could imagine, I felt out of place,” he said.

Turns out, he didn’t have anything to worry about. He quickly found his place on campus and formed lasting relationships.

“My professors seemed to always be willing to create time when you had questions, one-on-one opportunities, and challenging me to put forth my best effort,” he said.

Hampton’s engineering classmates at UA still keep in contact. The benefit of having this group of friends in each other’s lives has given all of them several career opportunities they may not have had otherwise. He said they often brainstorm ways to get better and move their industry forward.

“All of that was afforded to me by The University of Alabama engineering school,” Hampton said.

In addition to developing a network of colleagues during his years in college, he also said the Capstone equipped him with the practical skills he needed to become a leader.

“What I believe The University of Alabama did was provide the outlets, the organizations, the support system, that allowed me to develop those soft skills that made it easier for me to transition out of a technical role, like engineering, and into a role of an operations leader,” he said.

Now that he is back in his home state, he is ready to get reconnected with his alma mater personally and professionally. Hampton wants to develop a partnership between Spire and the UA College of Engineering.

“I like to establish internship and co-op opportunities for our students because they were extremely important for me while I was a student here,” he said. “Hopefully [we can] build a pipeline of engineers that could come to Spire, be great professionals and eventually be the future leaders of our organization.”