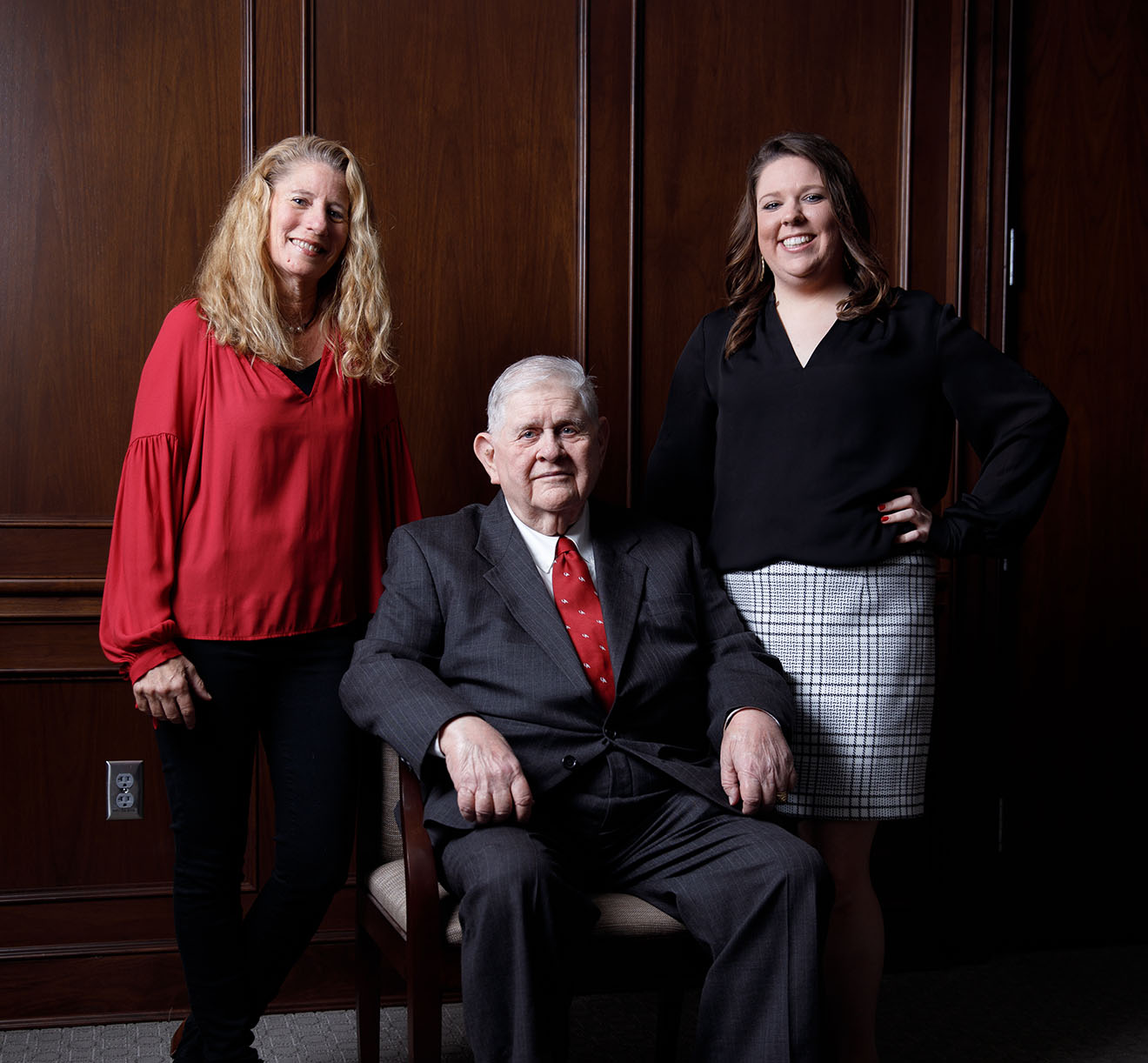 A similar thread of DNA links the Fuller family to The University of Alabama College of Engineering. From valuing education to their desire to engineer the future, this family has dedicated their lives to innovating tomorrow.

Fuller family patriarch Robert G. Fuller first received a business degree from UA in 1958, but he went on to earn a second bachelor’s in industrial engineering in 1964.

A Tuscaloosa native, he wanted to attend UA because his family, including his father, aunt and brother, had all graduated from the University and several of his neighbors were employed at the Capstone. He chose to return to school for his engineering degree for the same reason.

“I was supposed to follow in my dad’s footsteps,” Fuller said.

His father, Robert R., studied chemical engineering at UA, where he earned his bachelor’s in 1931 and his master’s in 1932. However, the younger Fuller chose a slightly different path.

“I didn’t quite make it as a chemical engineer, but I did make it as an industrial engineer,” he said. “I couldn’t stand chemistry lab, especially qualitative analysis.”

While he found engineering challenging, Fuller also discovered areas where he excelled. Some of his favorite courses were in materials and minerals.

“I guess I should have been a metallurgist,” he said.

As a student at UA, Fuller said he learned a lot and enjoyed his professors, many of whom he already knew before the first day of class because he grew up with their children. He has fond memories of playing tennis on clay courts behind Hardaway Hall and swimming in a lake behind H.M. Comer Hall.

Fuller’s father worked at Gulf States Paper Corporation in Tuscaloosa. The company has a patent on his work for waste removal from water. While he was still a student, Fuller operated the water treatment plant where his father’s patent was developed.

“It left the plant cleaner than it came in, coal-wise and biologically,” he said.

Fuller served in the U.S. Naval Reserve and started his career after graduation as a quality control engineer with Gulf States.

“I had to learn computers on my own. They were developed when I was in the Navy,” he said. “I had to write a program for the [IBM] 1401 [computer] we had at Gulf States to take the square root, so I could do statistical analysis on the computer…My dad thought computers were a fad.”

Next, Fuller took a position as a quality control supervisor at St. Regis Paper Company in Monticello, Mississippi, and later he moved to a technical supervisor position at a plant in Natchez, Mississippi. He brought his family back to Tuscaloosa in 1978 and began work at Capstone Medical to get the center on a computer system. 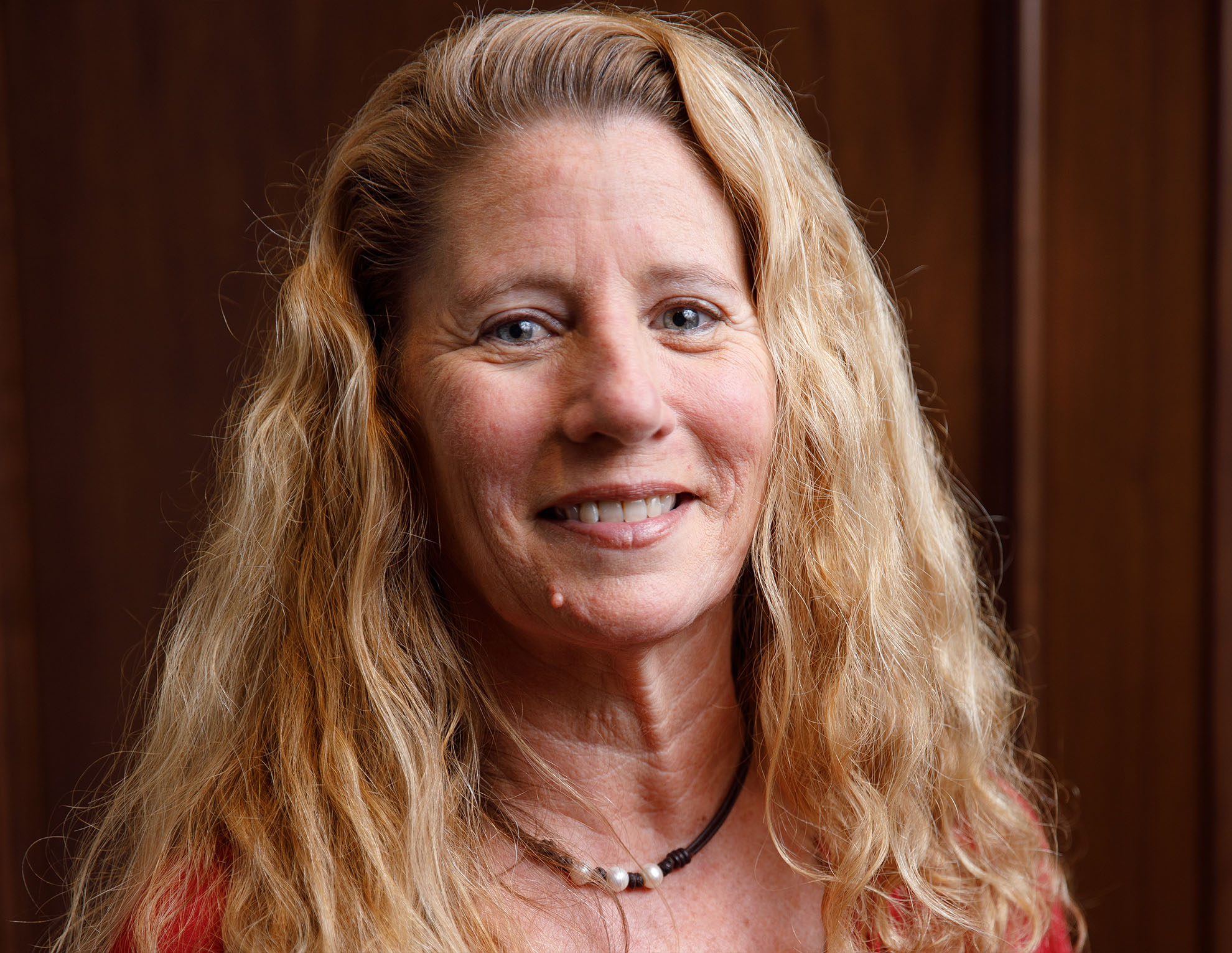 Vicki Moore
graduated with a computer science degree in 1989 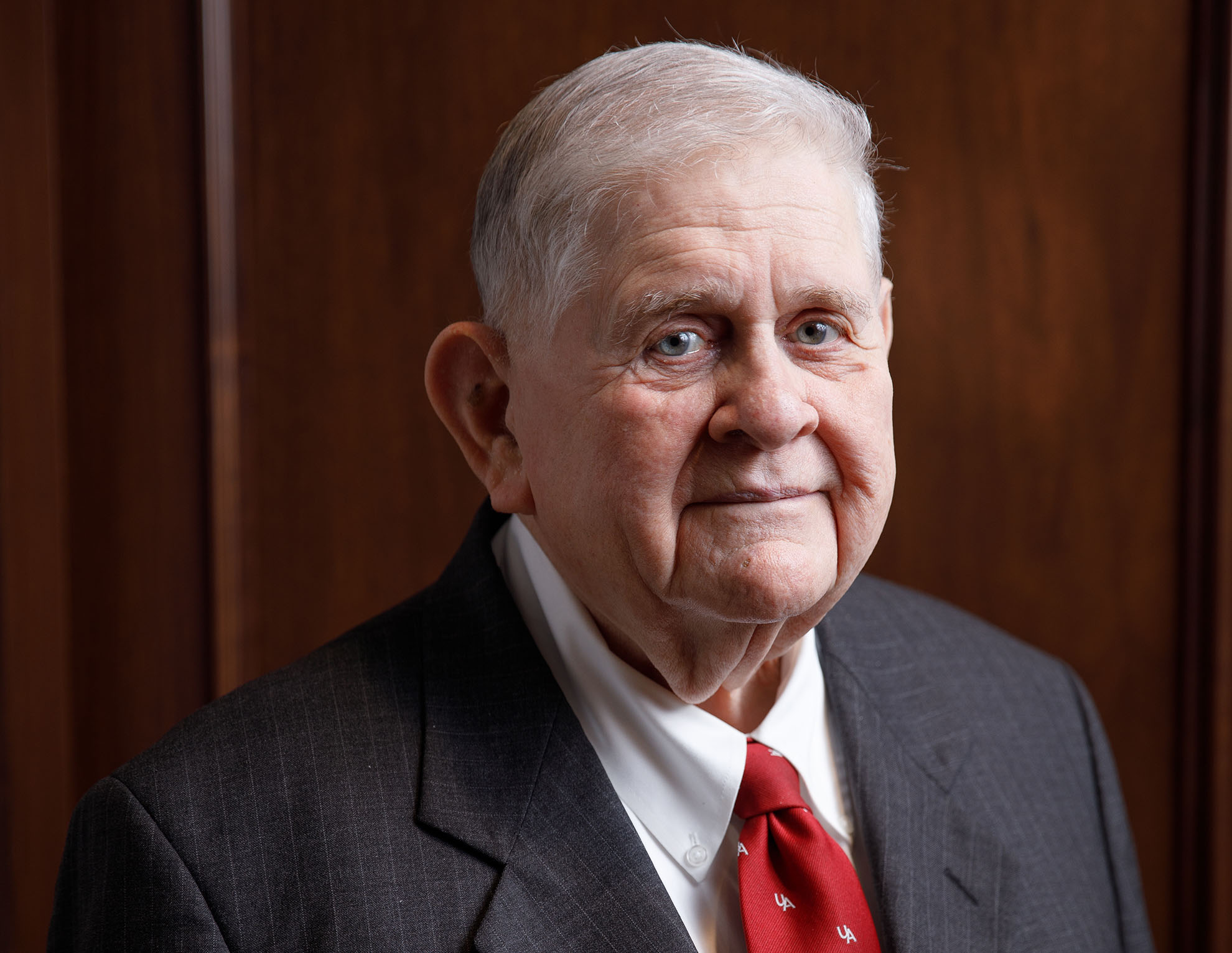 Robert G. Fuller
graduated with a industrial engineering degree in 1964 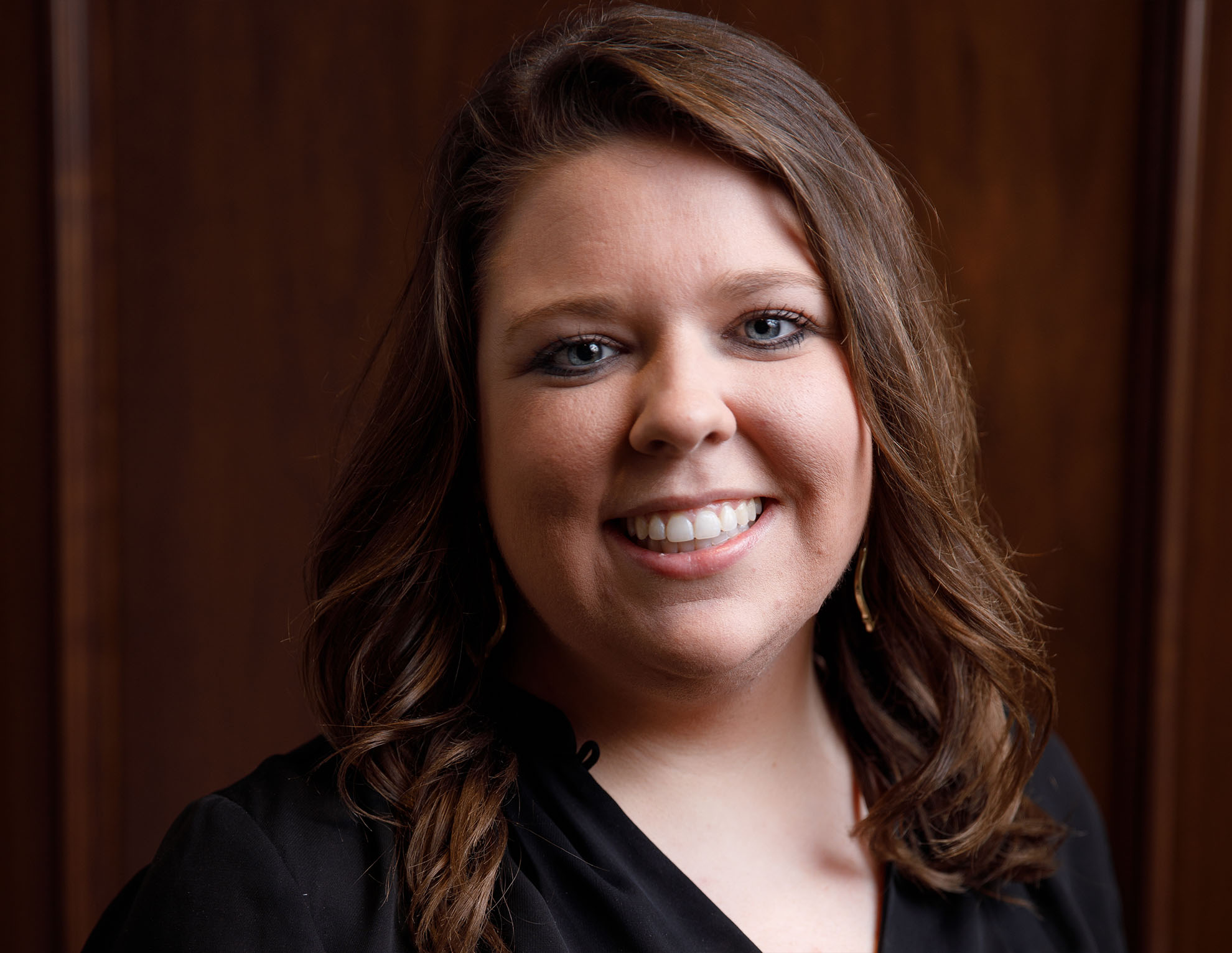 Lauren Kirkley
graduated with a computer science degree in 2020

One of Fuller’s daughters, Vicki Moore, decided to continue her family’s tradition. Though she briefly considered being an athlete at a different university, she knew her heart was truly with Alabama.

“I always thought I would go to Alabama, and somehow I was sidetracked by tennis for about a week,” Moore said.

During her senior year of high school, she discovered her passion for mathematics while solving problems on a computer for a class project. Because of her family’s history in engineering, Moore was confident she could excel in the College.

“My dad was an engineer. So, that’s the school I wanted to go through, and I knew that it was computer science [that I wanted to study],” she said.

Her favorite memories at UA center around a core group of computer science students and the professors who challenged and encouraged them. Moore said the group really bonded during their time at the Capstone.

“We loved trying to be the first one to get [our work] done,” she said.

As a student, she worked with the Center for Advanced Public Safety on a project for NASA and even had the opportunity to present the work at Marshall Space Flight Center in Huntsville.

Moore said the College equipped her with the skill set she needed for the real world. A December 1989 graduate, she was impressed by the quality and quantity of companies recruiting students at graduation.

“It was big names that were really coming after you. It was amazing,” Moore said. “I knew the school had a good reputation, and it prepared me to do the job I love. I have a dream job.”

For 24 years, she has been with the same company and is able to do her job virtually, mostly working from home. Her favorite aspect of her job is fixing problems and making her clients’ lives easier through code.

Lauren Kirkley’s time at UA has been very similar to her aunt’s experience. Kirkley, who is Fuller’s granddaughter and Moore’s niece, also had a love for math that steered her to study computer science. In her major, she found a family of peers that built a solid friendship.

“That’s one thing about computer science: everyone is so close because it’s a small group,” said Kirkley, a 2020 graduate.

Her choice to attend UA was simple. She wanted to continue the legacy.

“It’s tradition,” she said. “[My family] definitely had a big impact on me growing up. I wouldn’t be where I am without them, for sure. They’ve encouraged me and have always supported me.”

On the heels of graduation, Kirkley is choosing her next steps and looking to apply for a couple fellowships and maybe graduate school.

Moore has two children who will attend UA in the fall of 2020. One, Marion Mann, will also major in computer science.

Kirkley’s mom is Fuller’s older daughter, Cindy Kirkley. She has been an office associate in UA’s civil, construction and environmental engineering department for almost four years.

Fuller has two sons. Robert A. graduated from the University of Alabama at Birmingham with a degree in management and works at a local bank. Patrick graduated with a dual degree in history and political science as well as a master’s degree in political science from UA and now works as an admissions counselor and recruiter at the UA Graduate School.

Lois, Fuller’s wife of 60 years, graduated from UA in 1959 with a bachelor’s degree in education.