As faculty scrambled to adjust their classes from in-person to online this spring, they also had to deal with learning technology they hadn’t used before and outside factors like full homes.

Preparing for classes with three children at home was not easy, said Dr. Sevgi Gurbuz, electrical and computer engineering assistant professor. Her 8, 9 and 14 year olds can take care of themselves for the most part, but that didn’t mean she had no extra obligations with them home at all times.

“The idea that we can work from home with children is a myth,” Gurbuz said. “We need to cook for them so they eat a balanced diet, guide them in their activities, regulate disputes and prevent excessive usage of TV and other digital materials.”

Her children like to spend time with her and were consistently vying for her attention. During the shutdown, she said parents are really the only people children could connect with socially.

“They want to be with us, play with us, and for us to be involved and interested in them,” Gurbuz said. “They interrupt constantly, making it difficult to focus on anything. I cannot tell you how many teleconferences I did with my youngest daughter hiding under my desk, curled up at my feet.”

In addition to teaching students in her courses, she also attempted to teach her own children, in three different grades, while they were home. However, Gurbuz isn’t sure how much they actually learned.

“The online classes given by teachers help my kids socially, and having homework gave them something to do other than games and mischief,” she said. “Any teaching we did was inconsistent and mostly in the form of helping on homework.”

Because of her responsibilities as a parent, Gurbuz said she regularly worked late hours trying to do it all. Even simple class and research work has taken a lot more time. She said this has impacted her health.

“It is a trade-off between health, family and kids that we cannot win,” Gurbuz said.

While her internet connection took a bit of a beating from its extended use, Gurbuz is grateful she was able to stay connected to her students online.

“I tried to be online as much as I could so that students would feel that I am accessible and that they were not left alone to fend with the material or general situation,” she said.

Gurbuz recorded herself presenting the most important course material for students to watch on their own time and then connected with them in live video chats during the regular class times. During those chats, she was able to answer questions and go through example problems.

“I think overall they did learn, but overall my students commented that they really missed and preferred in-person education,” Gurbuz said.

She picked up some best practices from the initial experience and has shortened some of her videos and clearly labeled the required ones so as not to overwhelm students with content.

More than anything else, the biggest hurdle for her was the social isolation, and she felt she wasn’t alone in her outlook. Students told her the classes brought a form of structure and routine to an uncertain time.

“It is difficult to work on anything in isolation. Humans have great social needs,” Gurbuz said. “I think the biggest challenge for everyone, myself included, was psychological and finding ways to stay motivated, focused and on-task.”

After class, she had online office hours for more in-depth questions, which she said often centered around grading and other policy changes that came from the mid-semester switch to distance learning.

“’Just do the best you can to learn, and the rest will work itself out. Don’t worry and stay healthy’ was the main message,” Gurbuz said. 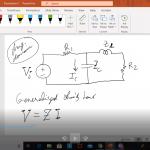 When it was announced that UA was moving to remote learning, Dr. Heath Turner was not very hopeful.

“To be honest, my very first thought was that this was going to be a catastrophe. We have a very large department, lots of hands-on teaching labs, and we run one of the largest study-abroad programs in the country,” said Turner, the chemical and biological engineering department head.

Fortunately, he said, the switch turned out fine for his department.

“In retrospect, I was really amazed at how quickly everyone adapted and the encouraging attitudes of the faculty, staff and students throughout the entire process,” Turner said.

Turner’s wife has been homeschooling their three children for years. Other than some minor logistical issues, the adjustment to being at home all day was mostly on him.

“I was encroaching on their turf,” he said.

Instead of helping his children adapt to the new normal, they helped him. The family stepped in to do office work he needed help completing, like scanning homework and organizing documents.

Plus, his son, who plays cello and piano daily, provided background music for his conference calls. He even recruited his children to play Pomp and Circumstance for a video he made for his department’s May graduates.

“The College of Engineering posted the video on our homepage, and I got a lot of great feedback from our students,” Turner said.

One downside to having everyone home at once was the stability of the internet connection, and spring storms didn’t help the matter.

“One morning I had a live Zoom lecture scheduled, but my power was out due to storms. So, I quickly got in my car, drove over to my brother’s house and gave the lecture from my car, sitting in his driveway,” Turner said.

Like most faculty, he used a combination of typed documents, recorded lessons and video conferencing to teach his classes. The department worked together to make it a good experience for their students.

“It took some adjustment, but I think it forced a lot of us to branch out and learn about some new technologies,” Turner said. “We had weekly faculty meetings via Zoom during this time, and we learned a lot of tips from each other, especially about administering tests remotely.”

Overall, he feels the transition went well, and he was proud of his student’s performance.

“We were still able to finish the semester strong,” Turner said.