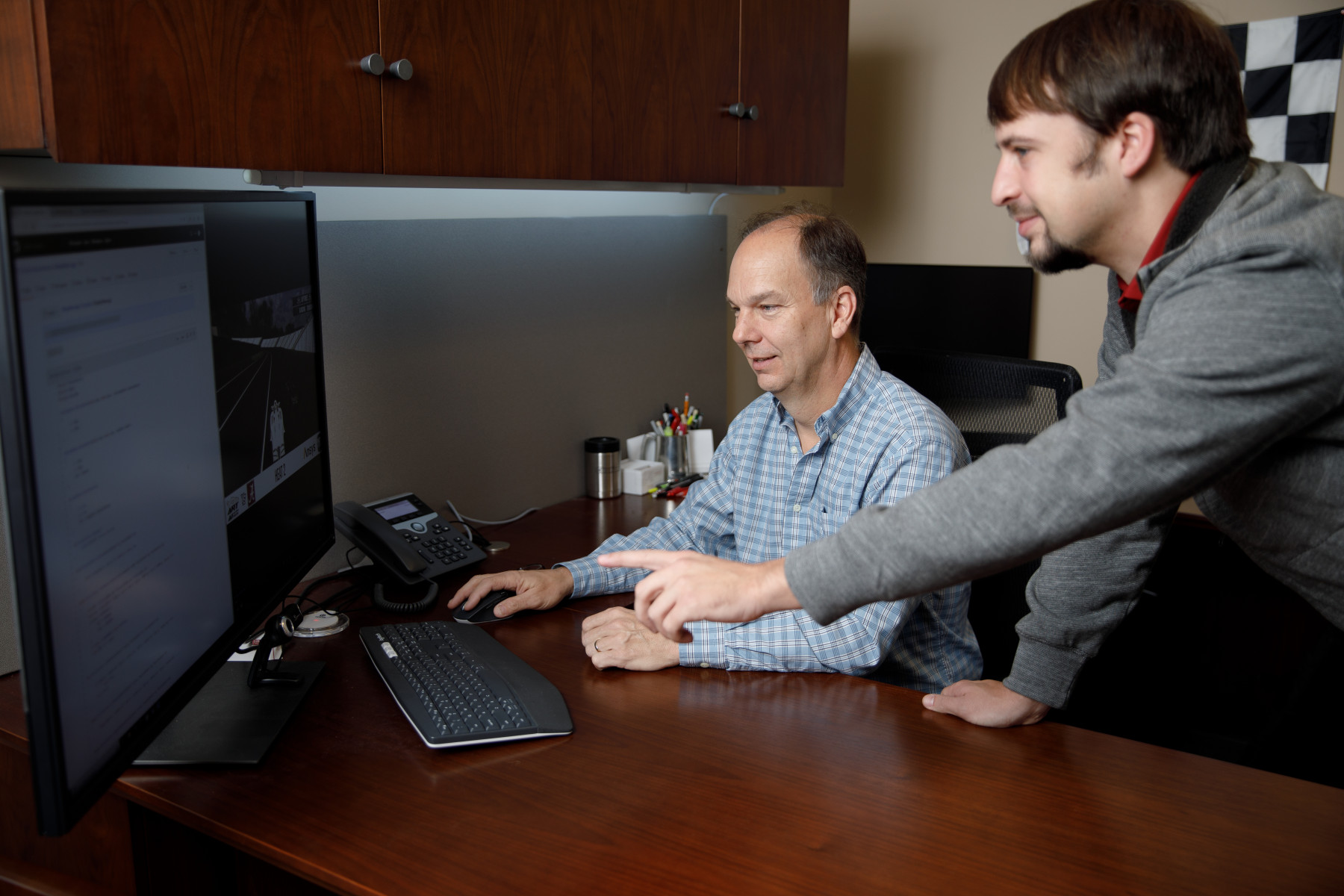 An engineering faculty member at The University of Alabama and a student team are making strides in a two-year competition with universities around the world for a chance to win a $1 million prize.

Dr. Brandon Dixon, associate professor in the computer science department, is at the forefront of the Crimson Autonomous Racing, or CAR, team in the Indy Autonomous Challenge. The competition consists of four hackathons and a final race with teams innovatively guiding an autonomous version of an Indy Lights race car to its highest speed.

CAR finished second during the second challenge in September 2020, and finished first overall in the third challenge in December 2020. These races were virtual using Ansys simulation software, but the final race will take place at Indianapolis Motor Speedway.

“It is a totally new realm, and the motorsports aspects are very important to both Cole [Frederick, student] and myself. We both have a very strong motorsports background and interest,” Dixon said.

The CAR team was created to participate in this competition. The objective is to develop new software to allow vehicles to accurately function at high speeds and close proximity to other race vehicles.

Registration was in November 2019 and the final race will take place Oct. 27, 2021. Originally, all the challenges were planned to be in person, but COVID-19 shifted things.

“So far, the competition has been entirely virtual, using an engineering simulator to test autonomous software developed by the team. So, developing and improving the on-track performance of the vehicle has been the key,” Dixon said.

At the start, 30 teams were competing, and as of the latest challenge, Hackathon #3, 18 teams are left standing. The most recent challenge involved a two-car simulated race.

“The last competition involved a head-to-head race with another team,” Dixon said. “We competed with the University of Hawaii and we met via Zoom a number of times and finally put our software against their software in a simulated race.”

The team is currently preparing for the challenges of the competition at Indy.