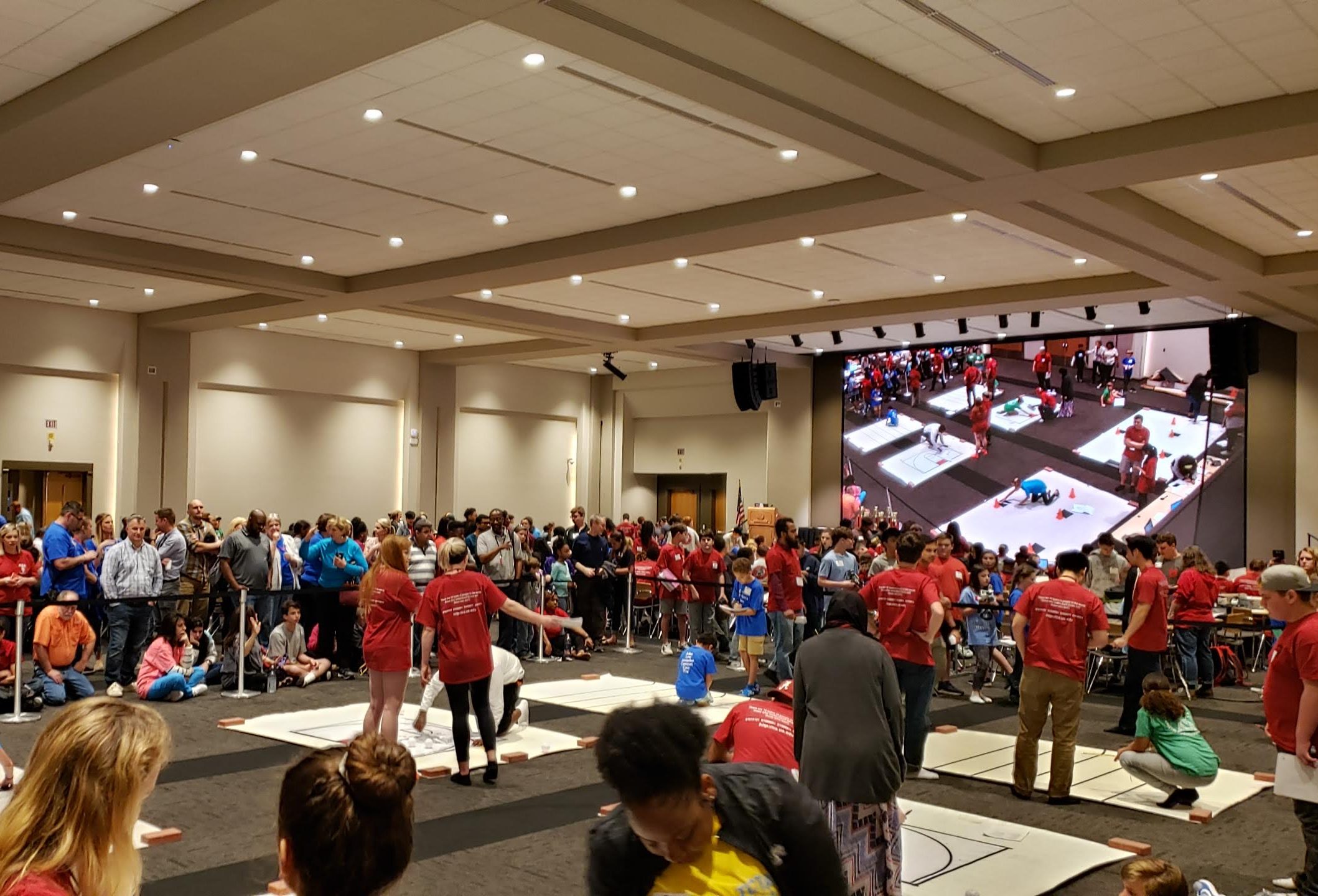 Nearly 300 K-12 students from across Alabama were recently welcomed to campus for a computer programming competition that used robotics as a host platform.

The contest featured teams of students programming robots to autonomously move through a playing field and complete three problems over a two-and-a-half-hour period. Students were in teams of between two and five participants, and they competed in three separate age divisions, elementary, middle and high school.

The challenges for the contest were based on a basketball theme. The first challenge was wind sprints, which featured the robot sprinting to various different lengths. The second challenge was a three-point contest where the robot moved five plastic balls from fixed locations outside the three-point range to the goal area. The final challenge featured a fast break and buzzer beater where the robots moved past defenders and passed over each key location on the court without moving the defenders.

Awards were given to the top four teams in each age division. Each challenge was worth a maximum of 100 points and awards were given based on the overall score out of 300. The winning teams in the elementary, middle and high school divisions received more than $5,000 in prizes including a trophy for their school, gift cards for each team member and a book from the competition sponsor, zyBooks. Other sponsors included the UA College of Continuing Studies, the UA Division of Community Affairs and Edison Robotics.

“We trained about 10 teachers with many of them bringing teams to the contest,” Gray said. “We were able to loan our robots to them to prepare and compete in the contest, and we also provided lesson plans and activities to help them in their preparation.”

In addition to the students competing, there were approximately 350 parents and teachers that attended the event. During the contest, UA Astrobotics, Fira Labs from Huntsville and the UA College of Continuing Studies gave talks to the spectators. The contest was also broadcast on a large wall monitor at the front of Sellers Auditorium for spectators to view. 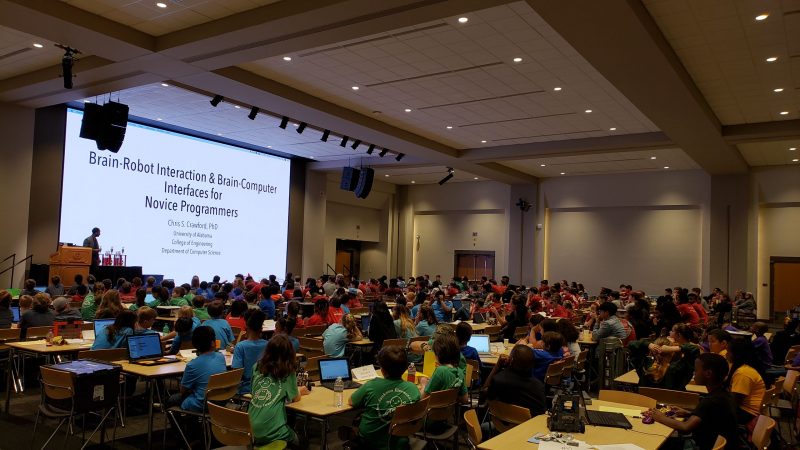 “We try to add new things each year for the audience to do during the contest,” Gray said.